Create an Account - Increase your productivity, customize your experience, and engage in information you care about.

Geneva residents will have a new option for their cable television, Internet and phone service coming in the future.

MetroNet has been installing fiber optic cable and infrastructure in utility easements throughout the community after the City Council approved a franchise agreement with the company in 2017. These easements are typically a strip of land running along the street, the sidewalk, the rear lot line or between two lots.

MetroNet will notify residents three times prior to construction commencing in their neighborhood.

Each neighborhood will take about six to eight weeks to complete. The fiber network installation project started in fall 2017 with build out for the entire City expected to conclude in 2020.

Once construction is finished, MetroNet will restore lawns where digging has occurred. Residents are then encouraged to water the impacted areas following the grass repairs.

MetroNet will announce future construction locations in the coming months. After the fiber network has been installed, people will have the option to sign up for MetroNet’s television, Internet and phone plans or maintain their existing services with their current provider.

The best way to stay informed about this project is through MetroNet's website.

The City also will be posting updates via our Pardon The Progress construction blog. Subscribe to receive blog updates. 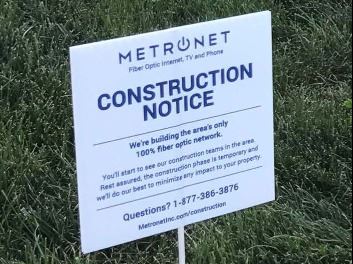 Have a question or want to view a construction map? Find all the latest details on MetroNet's website. 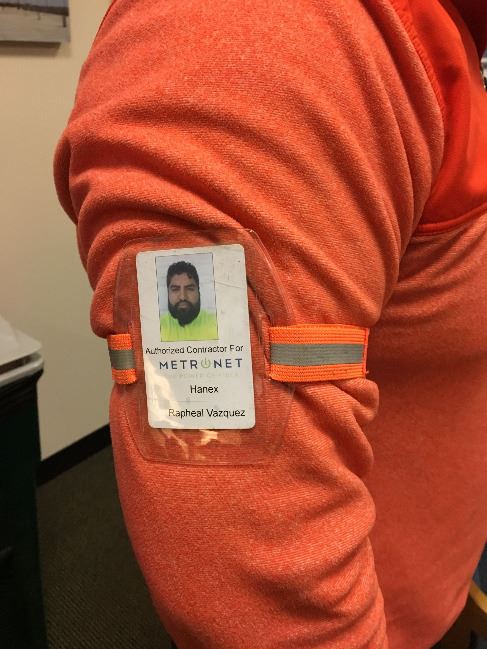 MetroNet employees and contractors are required to wear these photo ID badges when working in Geneva.