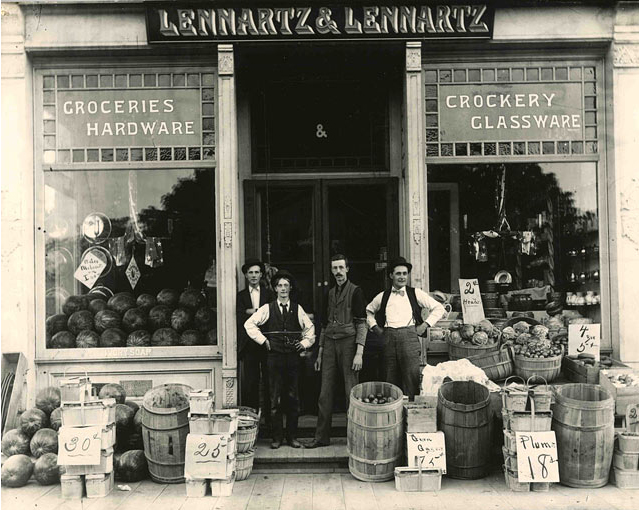 The following information is provided courtesy of the Geneva History Museum. More information about Geneva’s rich history as well as some wonderful historical photos can be found at genevahistorymuseum.org.

Two Indian trails passed through Geneva, long before the first white settlers entered the area. The first was the Waubonsee trail, which roughly ran along the lines of modern day Route 31, following the springs between Aurora and Geneva. The second roughly followed the route of State Street. The Pottawatomi called the Geneva area home for many years. Their primary chief in the area was Waubonsee, whose people congregated just north of Aurora.

Christian Bowman Dodson and Archibald Clybourn were also among the early settlers in the area, opening a trading post at the mouth of Mill Creek in 1834 to trade with the Pottowatomi and settlers. Their establishment included a saw mill and general store and they traded goods for furs.

The Herringtons and the Establishment of Geneva:

James and Charity Herrington and their family arrived in what was to become Geneva in 1835. They settled on land purchased from Daniel Shaw Haight the previous year. The Herringtons are often considered the founders of Geneva, in that they remained in the community and contributed significantly to its growth and success.

Naming of the City

: It was during this period that the early residents finally named the community. In the early days, many referred to the scattered settlements in this area as Big Springs. Some took to calling it Herrington’s Ford, while Herrington had chosen the name La Fox for the post office. James Campbell and Thomas Ford, acting as commissioners, suggested Campbell Ford as a possibility. However, it was Dr. Charles Volney Dyer of Chicago who hit upon Geneva, and the name stuck.

The Importance of the Saw Mill:

A sawmill is essential for building quality homes and was a major investment in the future of the humble community. A second bridge and the sawmill were completed in 1838, and the community really began to grow. That same year, Herrington’s son Dick helped Mark Fletcher survey and plat the community. They laid out the town quite differently from nearby St. Charles and Batavia, with wide streets that would accommodate trade. Even today, a careful observer will note that the main roads in Geneva are considerably wider than in neighboring communities.

The Arrival of the Railroad:

By 1850, Geneva’s population had reached a new high of 827. That year proved critical to the fledgling community’s development, for in 1850, the first railroad service began in Geneva. It consisted of a two-mile branch line located on the east side of the river. It ran north to St. Charles where it connected Geneva to the Galena & Chicago Union RR, which ran in and out of Turner Junction (now West Chicago). The Danford Reaper Works acted as depot and freight house for the line which lasted until 1857.

Geneva was connected to Chicago and the west with the arrival of the first permanent railroad line. Train service to Geneva grew quickly, with three trains a day passing through the community by 1857: The Fulton and The DeKalb (which were passenger trains), and The Sterling (a freight train). That same year, the third Kane County courthouse opened on Third Street at the location of the present courthouse.

31 passenger and 36 freight trains passed through Geneva each day. The arrival of the railroad dramatically changed Geneva. With the railroad came a large influx of Swedish and Irish immigrants. Sizable populations of Italian immigrants followed in the early 20th century. What had been a small community of residents from rural New York, Massachusetts, Pennsylvania and New England quickly transformed into a cosmopolitan community with a sizable immigrant population. In fact, by the turn of the century, one out of every two Genevans had been born overseas.

Henry and Charles Bennett purchased and expanded Geneva’s flour mill, making Bennett flour a household name. Bennett Mill relied on Geneva wheat farms, as well as farms in the surrounding communities, using the railroad to deliver crops daily. At its peak, it required as much as 130,000 bushels per day to operate. Much of the wheat was shipped in from Illinois, Kansas, Minnesota, and Texas. Geneva Belle Flour was shipped by rail across the country and from there, to cities across the Atlantic. 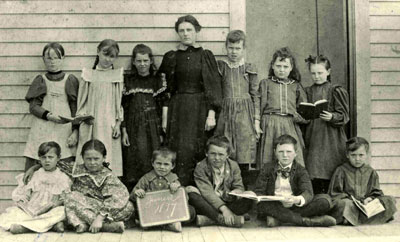 Geneva formally incorporated as a village, with local businessman Eben Danford elected as the first Village President. By this point, Geneva was a flourishing community, with a population nearing 1,500 citizens.

By this point, the community was already on its third courthouse and was home to the magnificent West Side School on Third Street. The Kane County Fair Grounds at Kaneville Road drew countless visitors to the community and half a dozen fine churches in Geneva offered citizens places to worship. On a lighter note, 1867 saw the arrival of baseball in Geneva, with the establishment of the community’s first team. The Geneva Rovers played each Saturday from April through September, paving the way for our modern Kane County Cougars.

The Peck family built their famous brick farmhouse on Kaneville Road. Today, thanks to the pioneering work of the Geneva Park District, you can still tour that stately home, as well as enjoy walking paths, rich prairie, an observatory, and sports fields.

Eli Peck received international acclaim for his American Merino sheep. They will later receive accolades again at the World’s Columbian Exposition of 1893 in Chicago.

The Geneva Improvement Association (GIA) worked on a number of projects to improve the community. The GIA launched a beautification program for Geneva, planting trees, mowing lawns and ensuring that important thoroughfares like Third Street made a favorable impression on visitors and residents alike. The organization also provided food, clothing and medical care for the needy, established a night school for continuing education, and lobbied the government to clean up the Fox River.

The GIA also turned its attention to the decrepit train depot on Third Street. Representatives of the GIA pressed officers of the Chicago and Northwestern Railway to build a new depot, predicting it which would act as a gateway to citizens attending the Columbian Exposition in Chicago in 1893. By 1892, a new Chicago and North Western Railway depot, constructed of Tiffany dark-buff brick with terra cotta trimmings on the gables, was completed. That depot would remain a downtown fixture until the 1960s, when it was torn down for a more modern fixture. 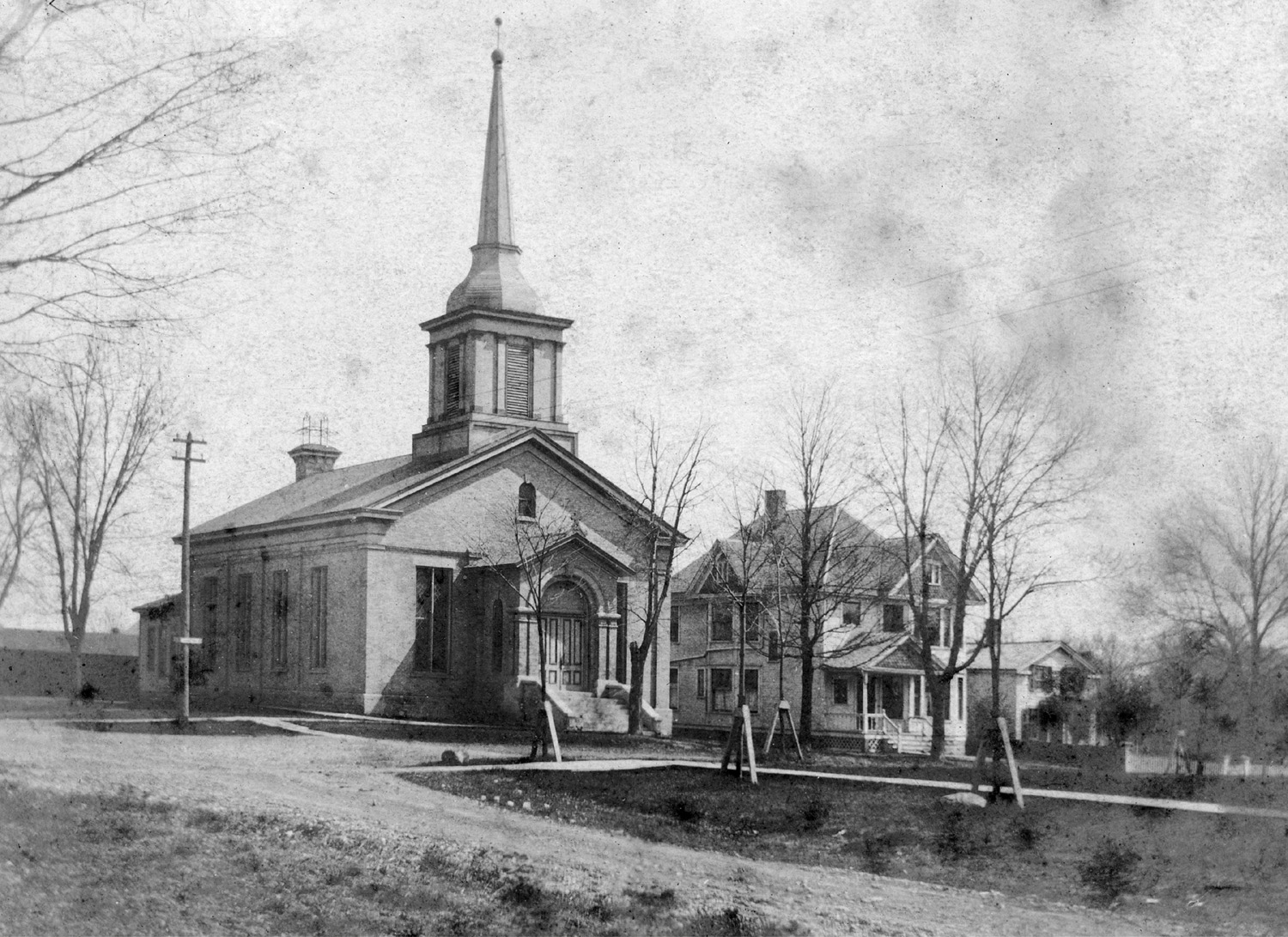 Egisto Lencioni arrived in Geneva by mistake, looking for Lake Geneva, Wisconsin. He fell in love with the community and remained, establishing a well-loved fruit market, candy store and ice cream parlor. Lencioni served in the Geneva Fire and Police departments, as well as the Italian Men’s Benefit Society. Lencioni’s arrival marked the beginning of a new wave of immigration to Geneva, this time from Italy.

Architect Frank Lloyd Wright began the first of three projects in Geneva. Wright’s first Geneva project was the Hoyt house at 318 S. Fifth St., which he designed in 1906. Wright next designed an addition to the Fox River Country Club which included a ballroom and bowling alley. He also redesigned portions of the Fabyan Villa, the residence of George and Nell Fabyan. During this period, Wright continued to work with the Wilson Brothers on several projects, including the Unity Temple in Oak Park, the Avery Cooney house in Riverside, and the Gridley-Snow house in Batavia.

The Lincoln Highway, the nation’s first coast-to-coast highway, was designated. It ran through Geneva along portions of State Street, Illinois 31 and later Third Street. Like the railroad, the Lincoln Highway proved a financial boon to Geneva. In 1916, State Street was paved in response to the tremendous surge of motorists coming to Geneva along the Lincoln Highway. That same year, the Walter E. Nelson Confectionery Store opened. It sold newspapers, magazines, candy, and tobacco and had a lunch counter that operated on the premises, as well. It closed in 1966.

The Soldiers and Sailors monument on the courthouse lawn was dedicated, honoring Kane County Veterans. G.A.R. member John Rogers spearhead this effort. Today, some of his personal effects are on display at the Geneva History Museum.

Kate Raftery opened the Little Traveler. She capitalized on the rise in train and automobile traffic to create a retail empire and encouraged friends to open shops along Third Street. A remarkable business woman, Raftery’s efforts led to the birth of the Third Street shopping district.

The Fargo Theater opened on State Street. Though not Geneva’s first movie theater, the Fargo outlasted its competitors and became the first theater in Geneva to feature “talkies.”

Community Hospital, Geneva’s second hospital, opened on Second Street at the location of the present day Dodson Place. The hospital moved from its original location in the Wells House at the Northeast corner of Franklin and Third. 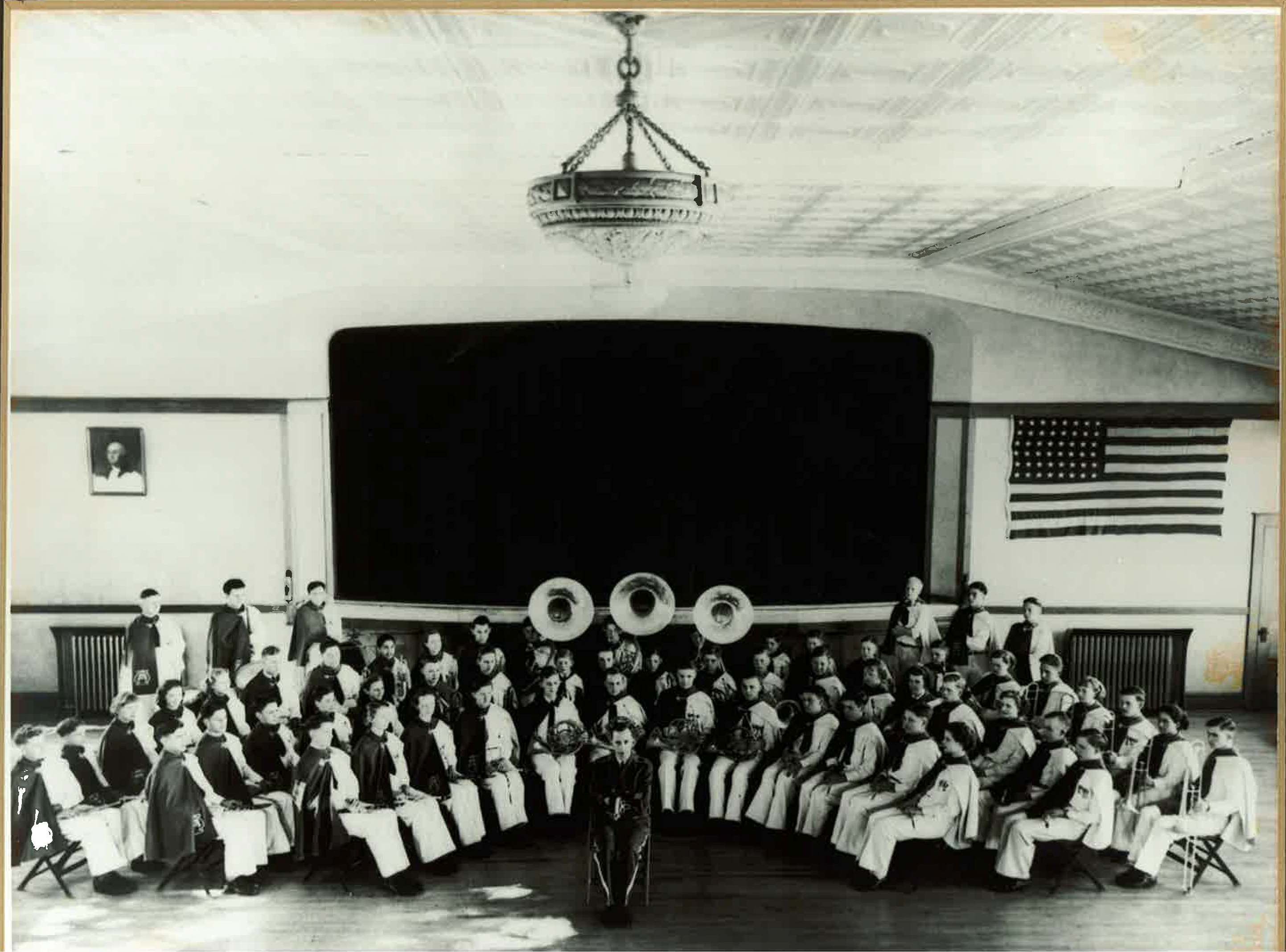 Burgess-Norton received the Army-Navy E for Excellence. During the war, Burgess-Norton produced tank tread links and other munitions. With many men serving overseas, Geneva’s women began working in local factories. To help out overworked families, Genevans created the R.A.M. or “Relieve a Man” campaign. Local students wearing R.A.M. patches helped families with yard and housework throughout the war.

Kent Shodeen began building homes in Geneva. His developments touched off a period of rapid growth in the 1970s, 80s and 90s, more than doubling Geneva’s population.

Geneva consolidated its two historic districts into a single district, home to more than 600 historic homes, businesses and public buildings.

The movie "Road to Perdition" was filmed in Geneva. The City's population reached 19,000, more than doubling since 1970.

With the completion of rail yards in Elburn in 2006, Geneva lost its designation as “end of the line” after 150 years. Today there are, on average, 46 Metra trains that pass through Geneva each day.

Geneva’s Viking ship was designated as one of Illinois’ 10 Most Endangered structures. A local campaign, spearheaded by Preservation Partners of the Fox Valley, raised funds to stabilize the ship, which is currently housed at Good Templar Park.

The City of Geneva celebrates the 100th anniversary of City Hall, opening the 1912 time capsule and putting a new time capsule in the SEC of the building. Contents of the time capsule can be viewed at the City Building Department, 109 James St. entrance. City Hall was built after fire demolished the previous building. Plans to rebuild were made within the week.

Geneva’s population is approaching 25,000. The city has grown from a quaint river town to a flourishing community. Household incomes in Geneva are nearly double those found nationwide and the community boasts one of Illinois’ strongest school systems. Geneva still has a vibrant downtown and well-maintained historic homes and businesses, which charm residents and visitors alike. It is little wonder that so many individuals consider Geneva a desirable place to live and work.
[]